A song developed by DeProgrammer messing around with some previously unfamiliar effects via FL Studio.

DeProgrammer made a lot of music back in the day..

This is a package of 13 units, mostly just minor edits, for Total Annihilation. The game, released in 1997, can now be purchased at Impules Driven.

Ten StarCraft mods (mostly just stats) made long ago. Inmasonity had the most work put into it, while Heigndal_Camp_Mod was designed specifically for the Otto Heigndal campaign. (See StarCraft 1 Maps)

This is a package of at least 70 maps (multiple versions of some of them) DeProgrammer made for the original StarCraft. Some of them are really old, dating back to around the time DeP started programming, but the package contents span over 6 years.

DeProgrammer posts most of his better pixel art on this website. 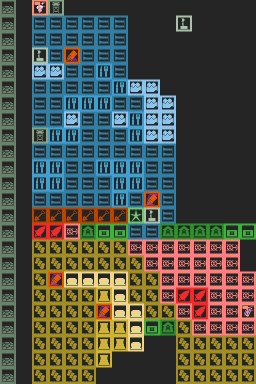 Text-only game that consists of you dividing large numbers repeatedly.